Merkel’s coalition is on the brink 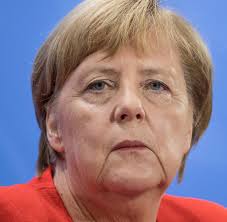 Angela Merkel’s grand coalition is at risk of collapsing after both her junior partners in government suffered heavy electoral losses in Bavaria.
Senior Social Democrats have urged their party to quit the government and reinvent itself in opposition after a dismal performance in which it finished fifth, behind the far-right Alternative for Germany (AfD). It was the SPD’s worst result in Bavaria since the end of the Second World War.
Mrs Merkel’s coalition has been largely paralysed for months by infighting over asylum seekers, diesel emissions and the fate of Hans-Georg Maassen, an intelligence agency chief who had dismissed violence against migrants in eastern Germany. 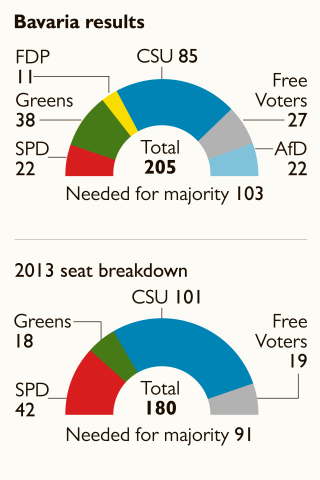