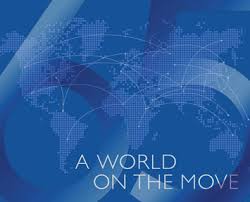 AUSTRALIA pulled its planes from the US-led coalition yesterday after US fighters shot down a Syrian jet.

Russia had earlier warned that it would treat any aircraft crossing the Euphrates river as a target and cut the conflict-avoidance hotline with US-led forces.

“As a precautionary measure, Australian Defence Force strike operations into Syria have temporarily ceased,” a Ministry of Defence spokeswoman said.

On Monday, Syrian Democratic Forces spokesman Talal Silo repeated US claims that Syrian troops were attacking SDF-occupied areas before the plane was shot down on Sunday — and claimed the right to “lawfully defend” its forces.

Mr Silo accused the government of trying to derail the Kurdish-led SDF’s offensive against Raqqa.

On June 9, Colonel General Sergei Surovikin, commander of the Russian ground forces in Syria, accused the US and SDF of “colluding” with Isis to allow the militants to escape Raqqa through the open route to the south — which Syrian forces are moving to close.

Army reinforcements arrived south of Raqqa yesterday to allow the offensive — ultimately aimed at lifting the Isis siege of the eastern city of Deir Ezzor — to continue.

Yesterday the US-led Inherent Resolve coalition claimed — for the second time this month — it had shot down an Iranian-made armed drone approaching its forces occupying the southern desert border post of at-Tanf.

It said the drone was operated by “pro-regime” forces. Iranian-backed Iraqi PMU militia took control of the Iraqi side of the at-Tanf crossing at the weekend.

Meanwhile near the southwestern city of Daraa the army briefly took control of an air defence base on the Jordanian border after insurgents occupying the south of the city refused to renew the 48-hour ceasefire that began on Saturday.

But the victory was short-lived as the guerillas launched a successful counter-attack.

Forest fire finally on the wane

PORTUGAL: Emergency services said yesterday they were making headway in their battle to control forest fires that killed 64 people in the centre of the country.

The Civil Protection Agency said about 1,200 firefighters and nine water-dropping aircraft were fighting the fire in Pedrogao Grande, raging for a third day.

Another 800 firefighters and four planes were fighting a fire in nearby Gois which Commander Vitor Vaz Pinto called “very fast and very explosive” and had forced the evacuation of 11 hill villages.

NETHERLANDS: The Senate passed a new law yesterday obliging new immigrants to sign a declaration pledging to respect “the values and rules of Dutch society.”

Minister of Social Affairs Lodwijk Asscher says the declaration is intended to “familiarise newcomers with the non-negotiable rights and obligations and the fundamental values of Dutch society.”

Municipalities can fine those refusing to sign up to €340 (£300) and deny them a permanent residency permit and citizenship.

The Colombian military alleged the journalists were seized on Monday by ELN guerillas in the volatile Catatumbo region.

FRANCE: Nine Eritrean refugees were arrested yesterday after a lorry driver was killed in a collision on the road to Calais when would-be stowaways blocked the road.

Pas-de-Calais regional government said refugees left tree trunks on the A16 road early in the morning, forcing three large lorries to stop. A smaller lorry then hit them and caught fire.