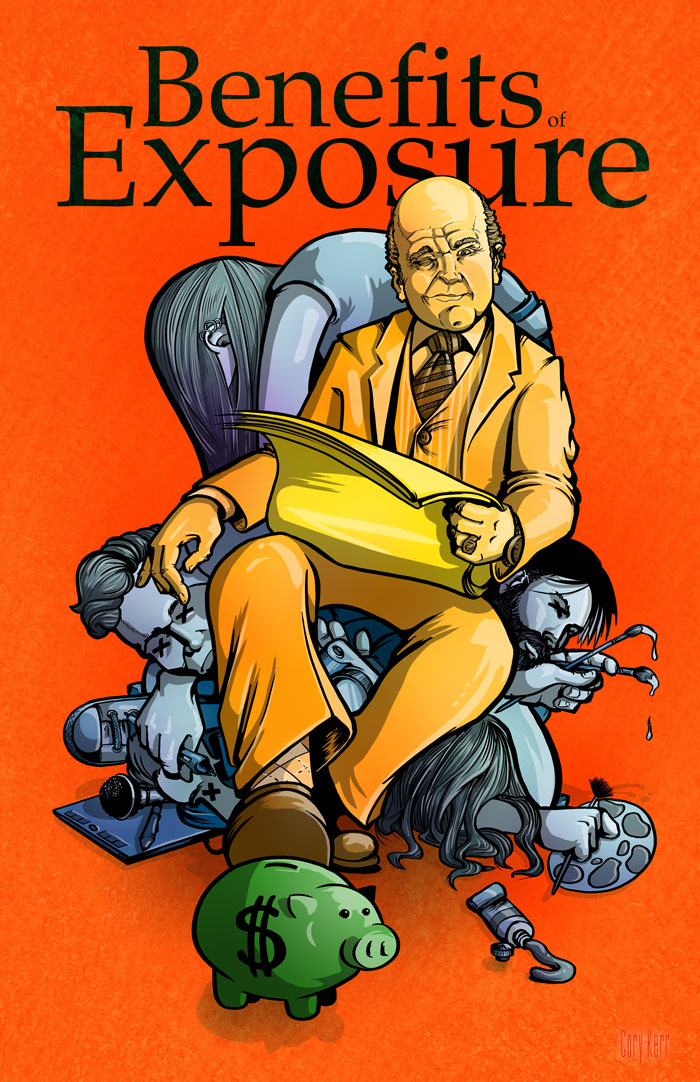 “EXPLOITATION” can mean taking unfair advantage of someone, emotionally or physically. But in economics, Marxists also use the term exploitation in a very specific, technical sense, relating to the way in which goods and services are produced and traded and who benefits.

Capitalism is based on the supposed supremacy of the market, of free transactions, where buyer and seller are at liberty to decide what they want to buy and sell, to whom and for how much. This fiction of a free market is carried through into employment. The worker is “free” to choose who to work for and for what wage while the employer is free also to select the worker and what to pay.

Socialists have always challenged this fairy tale of a “fair exchange” between buyer and seller — including the process whereby working people get paid for doing a job. They point out that power ultimately lies with the owner of capital — the “means of production.” Working people have no alternative but to sell their capacity to work because they have no other means of subsistence. The savings of the average household in Britain today would last no more than 16 weeks.

Only through long years of struggle have safeguards been secured — on working conditions, paid holidays, against discrimination and unfair dismissal and (most recently) the minimum wage.

Socialists oppose the drive to reverse these limited advances and the current attack on trades unions and collective action which have secured them, and they seek to stem the tide towards casualisation and the “gig economy.”

A Marxist analysis goes further and deeper than this. Labour (work) is fundamental to all societies and is the only source of new value. And it creates more value than what workers and their families need to survive. This added value is what enables societies to develop and grow. Yet under capitalism, workers receive in wages only a fraction of the total new value that they create, generally equivalent to what is needed for the subsistence and reproduction of labour.

In pre-capitalist societies, under feudalism or in slave society, this surplus was extracted by fear and force. Under capitalism it is extracted through the market in employment. Workers sell their capacity to work — what Marx called their “labour power.” Employers then seek to extract the maximum value from this labour power and they do so within a legal framework established by the capitalist state.

In these circumstances, and before or without the protection of a trades union, workers will sell their labour power, on average, around the cost of its reproduction — what it takes to sustain themselves and their families (including the next generation of workers). The actual process of exploitation is not simple. It depends on how much value the capitalist can extract from those who have sold their labour power, and how large a surplus the employer can make.

As Marx and Engels put it, workers are, in effect, paid for only part of the time that they work. The rest of the time they are effectively working for free — producing more value which is taken by their employer. This is quite separate from the additional £33.6 billion creamed off by employers for the 2.1 billion hours of unpaid overtime put in by workers during 2016.

The difference between the value that the worker produces and what they receive in wages is called “surplus value.” Marx and Engels were not the first to put forward a labour theory of value, nor did they invent the term surplus value. What they did do was to examine in detail the way that production, distribution and exchange operate within capitalism. In particular they distinguished between value and price, and between surplus value and profit.

Surplus value is appropriated by different sections of the owning class in different forms. Part of it may be taken in rent by the owners of land, buildings or machinery. Part is taken as interest by banks. The majority goes in profit to the owners of capital, to be invested in new capital, or for their own consumption. In Britain today around 46 per cent of total national production is taken as rent, interest or profit. This represents the “rate of exploitation” and it has increased sharply since the 1970s.

Profit is the realisation of surplus value in money and is almost always distanced in place and time from the site of its creation. If you are a craftsperson, making something for your employer to sell, their profit (above the cost of their own and others’ labour) may be obvious. But if you provide a service — whether it’s accountancy medicine, teaching or zookeeping — the surplus value you generate may go through several transformations and be realised as profit in a number of different ways.

And even if you are genuinely self-employed (much self-employment is fictitious, to help firms avoid complying with employment legislation) or if you work for a non-profit organisation, you still generate surplus value for someone — that is, you receive less in wages than the value you create. Under capitalism you are still, technically, exploited.

As a self-employed contractor you may name your fee and “choose” your client (though your customer probably has a greater choice of who to employ and what to pay). But though your product may not directly profit your client, its value will be realised in a number of different ways downstream. And the same applies if you work for a social enterprise, whether it’s a charity, a co-operative or a public service.

So, back to where we started. Exploitation is taking an unfair advantage of someone — emotionally, physically or financially. But Marxism isn’t only about morality, individual or corporate. It’s also about understanding how the world works. A Marxist analysis of the work process shows that we’re all exploited, though some may be exploited more than others.

Exploitation is built in to the economics of capitalism, it is an essential and inescapable element. That’s why we need to replace it with something better. (Source: Morning star online)