Why shares in gun firms rose after Vegas horror 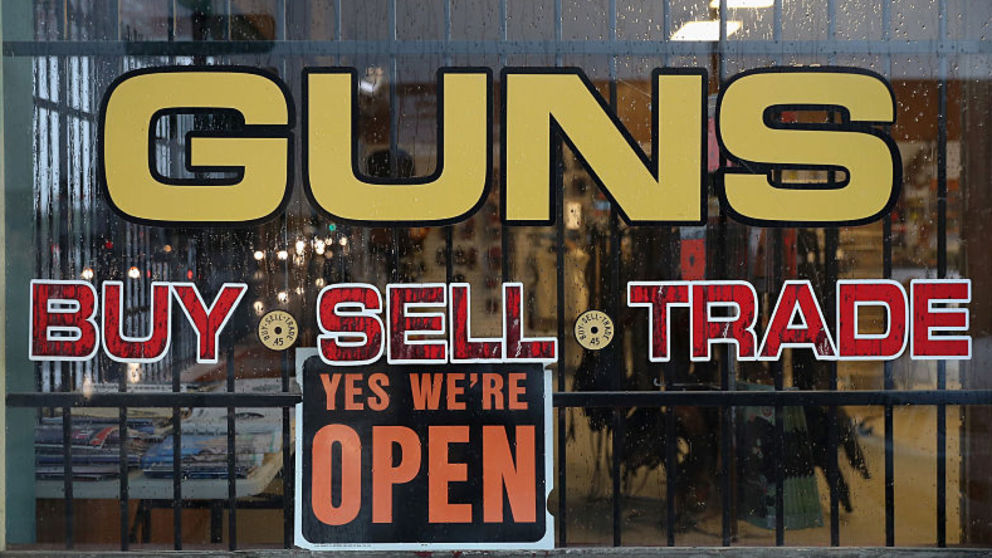 It is a phenomenon that will baffle many people – just why do shares of gun manufacturers rise after incidents like the massacre in Las Vegas?

As America learned that more than 50 people had been killed in the Nevada city and hundreds more injured, shares of American Outdoor Brands, the owner of Smith & Wesson, closed up 3.2% while shares of Sturm Ruger, America’s largest firearms manufacturer, closed up 3.5%.

Olin, which owns the Winchester ammunition brand, was another top performer. Shares of each had earlier risen by 6%

It is a well-established phenomenon that has been seen after previous mass shootings in America such as the Colorado cinema attack of July 2012 and the nightclub attack in Orlando, Florida, in June last year.

Calculations by the hedge fund Quantopian, carried out for the Reuters news agency, have established a very close correlation between such events and an increase in gun shares.

It measured the impact of 20 events on the shares of gun-makers, including 12 mass shootings since 2007, and found that buying gun stocks the first trading day after such events and selling them 90 days later would have produced a return of 365% over a nine year period – compared with an increase of just 66% for the S&P 500.

After every mass shooting, expectations rise that US gun sales will be more tightly regulated, prompting American consumers to go out and buy more guns while they still can.

One brief exception to this was the atrocity at Sandy Hook elementary school in Newtown, Connecticut, in December 2012 after which, for a while, it looked as if Barack Obama might drive through restrictions on gun ownership.

Gun-makers shares fell in the days immediately following the shooting, in which 26 people were killed, which were also filled with speculation that a lot of pension funds might disinvest from gun-makers.

However, once it quickly emerged that the talk of tougher regulations had yet again sparked a rise in gun sales and that there were going to be no meaningful new restrictions, the shares of gun manufacturers quickly recovered.

On 16 January 2013, the day Mr Obama said he would “put everything I’ve got” into gun controls, shares of Smith & Wesson rose by nearly 6%.

Even the threatened disinvestment failed to have much of an impact: while some influential pension funds, such as the New York state pension and the California State Teacher’s Retirement System (CalSTRS) sold their shareholdings in gun-makers after Sandy Hook, other investors were happy to take their place on the share register

Shares of gun manufacturers also won a boost when, for much of last year, Hillary Clinton looked to be heading for the White House, where she was expected to push for gun controls, sparking panic buying of weapons. Ironically, after the victory of Donald Trump – who was backed by the National Rifle Association – shares of gun-makers fell sharply.

Gun-makers have responded to recent events by seeking to diversify into other product areas. One reason why Smith & Wesson changed its name to American Outdoor Brands was to highlight its ownership of other brands, such as Bubba Blade, a maker of fish-filleting knives it bought last year.

Gun-makers are also seeking to encourage customers to look at how guns might be used for purposes other than self-defence.

As Christopher Kilroy, the Sturm Ruger chief executive, said last year: “We just have to encourage our customer base to get back out to the range, blowing up some ammo, enjoy the sport and get back into the store – to start buying a few more guns for fun, not just because you think they might be banned in the future.”

Intriguingly, there are also a number of British connections to US gun manufacturers. James Debney, the chief executive of American Outdoor Brands, is British while Smith & Wesson itself used to be owned by British firm Tomkins, the former conglomerate that, due to its ownership of baker Ranks Hovis McDougall, became known in the City as the ‘guns to buns group’.

Ironically, Tomkins sold Smith & Wesson in 2000 after the brand suffered a boycott by the NRA, which objected to a deal it had cut with the Clinton Administration to install safety devices in handguns.

Meanwhile, in keeping with its other investments in other retailers, Mike Ashley’s Sports Direct last year bought and sold shares of Dick’s Sporting Goods, one of America’s biggest gun retailers, although it had sold the shareholding by the end of 2016.