Sexual health and reproductive rights at a crossroad 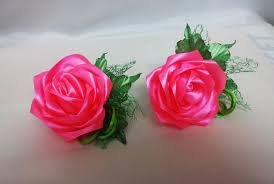 The untimely death of Babatunde Osotimehin, Executive Director of the UN Population Fund (UNFPA), comes at a turbulent time for sexual and reproductive health and rights. The UNFPA’s mission is to deliver “a world where every pregnancy is wanted, every childbirth is safe, and every young person’s potential is fulfilled”. Last week, the USA rejected part of a UN resolution designed to help female victims of violence—particularly those in conflict zones, who are at increased risk of sexual assault and rape—because it included a statement that women should be given the option of a safe abortion. US representative Jason Mack told the UN Human Rights Council that President Donald Trump’s administration “does not recognise abortion as a method of family planning, nor do we support abortion in our reproductive health assistance”. It is one thing to contest the role of abortion in family planning, and another to deny that women are often unable to negotiate when or with whom they have sex or choose when and by whom they get pregnant.

On May 14, 2017, in honour of National Women’s Health Week, Trump pledged to “recognize the importance of providing women access to the best, evidence-based health information and care”. The following day, he announced an expansion of the Global Gag Rule, previously called the Mexico City Policy. This policy (established in 1984 by President Ronald Reagan, rescinded by President Bill Clinton in 1993, re-established by President George W Bush in 2001, rescinded again by President Barack Obama in 2009, and now reinstated and expanded by Trump) requires that any overseas organisation that receives US aid cannot even discuss abortion, even if they use foreign funds to do so.

There is perhaps no area of health where politics and ideological beliefs meet evidence and human rights in such a contested arena—and, as a recent World Report on abortion in the USA shows, where so much questionable science is brought to bear. Navigating this territory was one of Osotimehin’s strengths. As Ann Starrs said in his Obituary in this issue of The Lancet, his experience of working as a physician and health minister in a conservative society led him to put evidence and data, health and rights, at the forefront of his thinking, leading the UNFPA in foregrounding sexual and reproductive health and rights in the global agenda, even when—perhaps especially when—this generated opposition.

The 2017 update to the Guttmacher Institute’s report on contraceptive, maternal, and newborn care, Adding it Up, published on June 29, 2017, shows small improvements in some areas, but still widespread unmet need. An estimated 214 million women in developing regions would like to avoid pregnancy but are not using a modern method of contraception, including 155 million who use no contraception at all. This has decreased from 225 million in 2014, but 43% of the estimated 206 million pregnancies in developing regions are still unintended or unwanted. 84% of all unintended pregnancies in developing regions occur in women who had an unmet need for modern methods of contraception, and 74% in women who use no contraception at all. In 2017, an estimated 308 000 women will die from pregnancy-related causes in developing countries and 2·7 million babies will die in their first month of life. Most of these deaths could be prevented with improved health care for new mothers and babies, and full access to contraceptive care to help women avoid unintended pregnancies. Women give a range of reasons for not using modern methods of contraception, such as concerns about side-effects and health risks, emphasising the need for high-quality contraceptive services with accurate, comprehensive counselling and education. Barriers to care provision include policy restrictions, shortages of trained health personnel, lack of outreach to marginalised groups of people, and social and financial factors that prevent people from accessing the services they need.

The upcoming Family Planning Summit in London on July 11, 2017, will be an opportunity to discuss these issues—and the need could not be more urgent. In the darkening atmosphere surrounding sexual and reproductive health and rights, and increasing self-censorship in the face of the Trump administration and its policies, the need to argue the case for the constellation of issues around contraception and abortion loudly, clearly, and repeatedly becomes ineluctable. The UNFPA is a multilateral organisation in which the USA has a key role. The new head of the UNFPA will not be elected by member states. The appointment must go to someone who has an established track record in sexual and reproductive health and rights, a strong history in working for women, and who is not afraid to speak out. That person will have all our support. (Source : The Lancet)