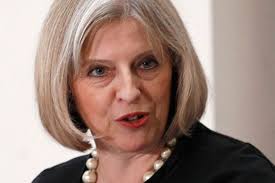 Ms May showed no hint of irony as she told a session on counter-terrorism at the Group of Seven (G7) summit in Taormina, Sicily, that they must do more to ensure those travelling to Syria and Iraq to join Isis are brought to justice.

“It is vital we do more to cooperate with our partners in the region to step up returns and prosecutions of foreign fighters,” she said.

A senior British government source said she had stressed the importance of ensuring those countries had the legal means to prosecute, deport or extradite suspects as appropriate.

She also called on G7 members — Canada, France, Germany, Italy, Japan, Britain and the US — to provide legal and policing support to countries such as Iraq, to help them prosecute any jihadis they capture.

But on Thursday it emerged that the British intelligence service allowed Libyan residents to travel back to their homeland in 2011 to join the Nato-backed armed coup against the government.

Manchester suicide bomber Salman Abedi and members of his family — some of which are now under arrest — were among them.

As reported by the Star yesterday, it is believed that Abedi may have learnt to kill while in Libya.

She said as Isis loses its strongholds In Iraq and Syria, the terrorist threat is “evolving rather than disappearing,” with the fight moving from “the battlefield to the internet.”

“Theresa May’s call to tackle online extremism can be nothing more than a pipe-dream in this complex world in which we live,” he said.

The summit, which brings together world leaders to discuss defence, trade and the environment, attracted protests by Oxfam and Greenpeace in cities near Taormina.

Both groups urged US President Donald Trump not to abandon the 2015 Paris Agreement to tackle global warming, which he pledged to pull out of during his election campaign.(Source: Morning Star Online)