The Russian Revolution: An inspiration Then and Now 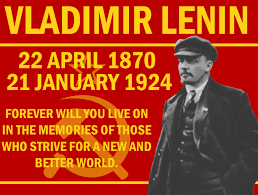 WHY should media, so apparently divided on key political issues, be united in viewing the October 1917 revolution in Russia as not worth celebrating?
Most reasons advanced boil down to a combination of secret police, state repression, lack of individual rights, an absence of democracy and mass bloodshed.
No state exists without a secret police. Tsarist security police infiltrated the Bolsheviks right up to central committee level. Their reports condemned revolutionaries to jail, exile and worse.
The reality of state repression, especially during the 1930s and 1940s when hundreds of thousands of citizens were executed for being spies, saboteurs and other state enemies, is a blot on the Soviet record.
That reality cannot be justified, but it can be understood by recalling the background against which the Soviet Union was born and struggled to survive.
Pre-revolutionary Russia was an autocracy just decades away from the vast majority of its population’s enslavement as serfs belonging to aristocratic landowners. Democratic rights were minimal.
The Bolsheviks were propelled to power by the decisive action of workers and peasants transformed into soldiers who abandoned the trenches in which over a million Russians perished to return home and take Lenin’s party up on its pledge of Peace, Bread, Land.
Once in power, the Bolsheviks were assailed by internal White Guard armies supported by intervention forces from 14 hostile foreign powers, including Britain.
Lenin’s life was truncated by an assassination attempt organised by a party previously allied to the Bolsheviks. Only after opposition parties backed counter-revolution were they banned, creating a one-party state.
Many Soviet citizens, as well as international guest workers, were falsely charged as “wreckers,” but this doesn’t mean that sabotage, organised and financed from outside, was not a major problem before and after the second world war.
Had Western powers, principally Britain and France, not snubbed Moscow’s calls for collective security against nazi Germany, Europe would not have suffered nazi occupation and six million Jews, plus Gypsies, Slavs, people with disabilities, gay men and other minorities would not have been exterminated in the industrialised slaughter machine of the nazi death camps.
Anti-communism was the watchword of the bourgeois democracies that colluded with fascism until it attacked them.
Those criticising the Soviet Union, understandably, for shortcomings over democracy and individual civil rights should examine the background against which such decisions were taken.
The October Revolution was the major event of the 20th century, liberating all subjects of the Russian empire, unleashing a flowering of creativity and offering a new path to the world’s working people.
The Communist Party of the Soviet Union and the communist parties that sprang up all over the globe challenged colonialism, capitalism and imperialism, affording political, material and military aid to those fighting to emancipate themselves.
Nelson Mandela always emphasised the debt South Africans owed to the Soviet Union and Cuba for their unstinting support during the anti-apartheid struggle.
The Soviet Union is no more, a victim of its own contradictions not imperialism’s might, but its example — with both negative and overwhelmingly positive aspects — will inspire fresh generations as it did British Communist leader Harry Pollitt in 1917.
“The thing that mattered was that lads like me had whacked the bosses and the landlords, had taken their factories, their lands and their banks… That was enough for me,” he said.
Thats why all Britain’s media, bar the Morning Star, loathe the revolutionary example shown by Russia’s communists a century ago.