In Picture: ‘Slaves for sale’ in Israel

ERITREAN migrants staged a mock slave auction outside the Israeli Knesset today in protest against government plans to forcibly deport African refugees and asylum-seekers to Uganda and Rwanda. 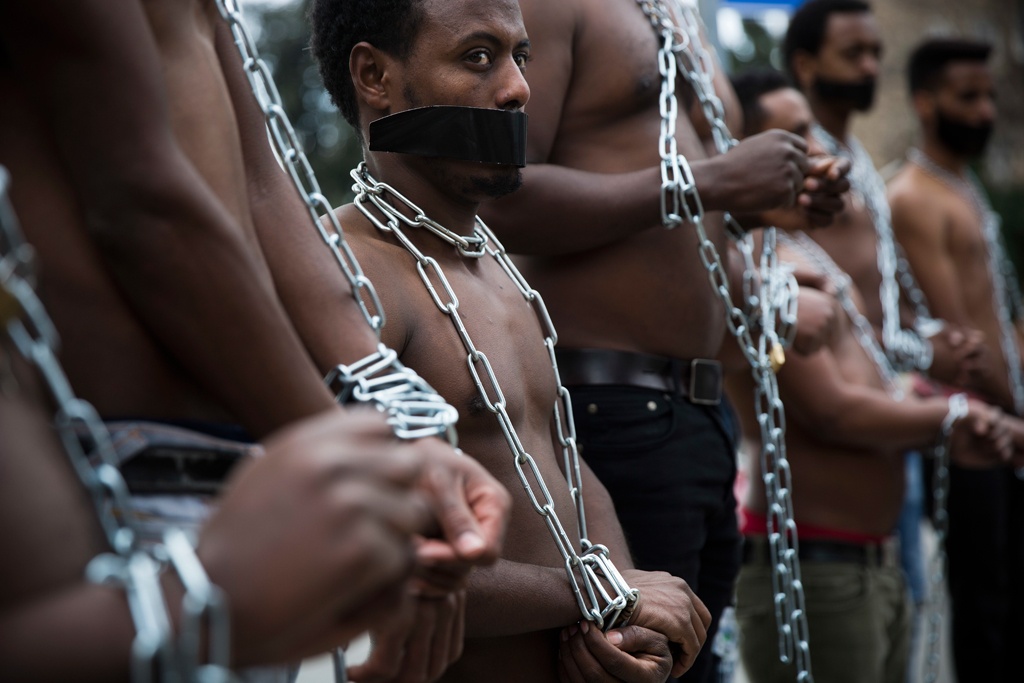 Around 10 men took part in the protest covered in chains with their mouths tapped up as another man shouted through a megaphone: “Get your slaves. Slaves for half price.”
The Knesset passed a bill in December allowing the government to imprison indefinitely or deport asylum-seekers to an unspecified country in Africa.
Israel plans to begin deporting 40,000 African asylum-seekers starting in April. 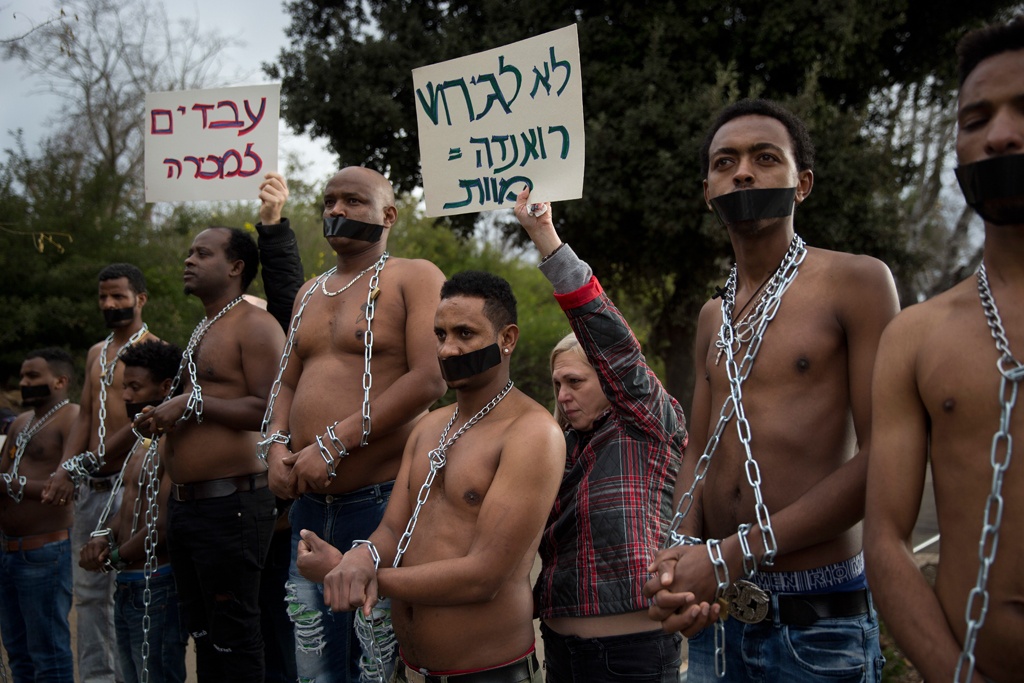